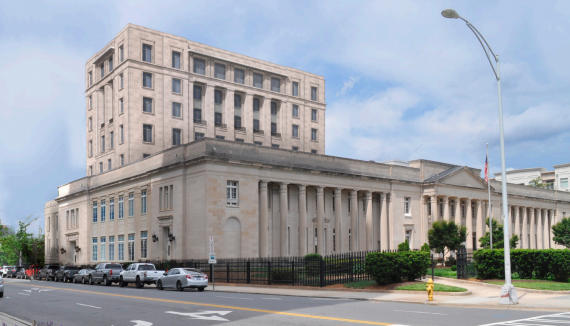 This project entails a complete renovation of the historic Charles R. Jonas Federal Courthouse in the Central Business District of Charlotte. This project was awarded millions from Congress for the renovation in 2016. The Jonas Building was originally built on the site of the first U.S. Mint (1836), in 1915; with an expansion to the site of a Post Office (1891), in 1934. With the building being over a century old, there are certain guidelines that must be followed for the renovation. While the Charles R. Jonas Federal Courthouse is being renovated, the U.S. District Court has moved into the new 8-story Annex building next door. Once completed, the Jonas Building and Annex will serve the needs of the U.S. District Court.